Differences between WAL and TAL liposuction

PrevWhat is spinal anesthesia ?
Is it necessary to operate on stage 1 lipedema?Next 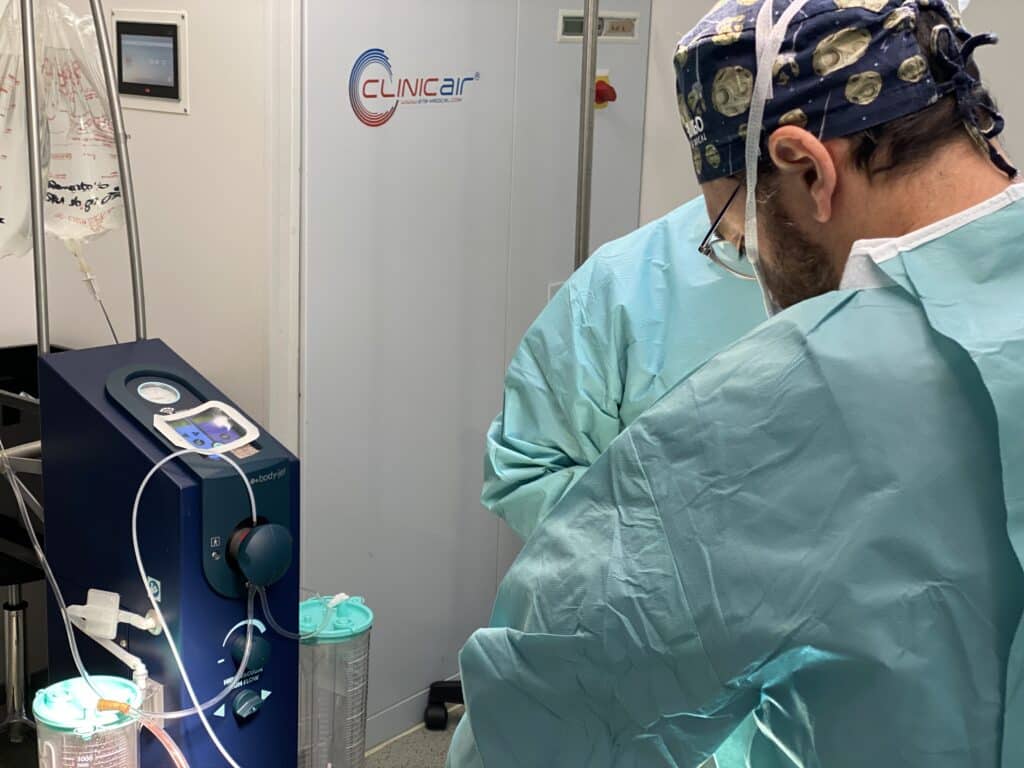 TLA, PAL, WAL, SAL, FLLA …. we can quickly get lost in the terms and acronyms related to liposuction techniques.

Here is some information to guide you between the liposuction techniques called liposuction  “TAL” and “WAL” .

Liposuction TLA is a “standard technique” of infiltrating fatty tissue before the liposuction procedure.

TLA is an acronym for Tumescent Local Anaesthesia. It consists of injecting a “low concentration local anaesthetic solution” (with low doses of lidocaine and epinephrine) into the subcutaneous fat at a low rate under the skin, which will create a temporary swelling that will then be sucked out via a cannula (a cannula is a small tube that is injected to suck or inject air or liquid into the body).

Liposuction WAL means “water assisted liposuction system” or “liposuction using water jet technology”) is a technique created in 2011 by the manufacturer Human Med to treat lipedema in particular. Via a cannula (small tube) coupled with a small hoover, small adjustable water jets (water jet) inject a saline and anaesthetic solution into the areas to be treated and, at the same time, a suction of the fatty tissue is performed.

The small jets of water injected into the “diseased fat” of the lipedema will dislodge, loosen and detach the fat cells and these will be progressively sucked up and land in the machine’s tanks.

The main difference between TLA and WAL is that in TAL surgery the fluids are injected under the skin BEFORE the surgeon sucks them out, whereas in WAL surgery the injection of fluids and the suction are SIMULTANEOUS

The technique WAL allows better respect for the lymphatic network, nerves and vessels of the patients and reduces damage and destruction to them. With the WAL technique the total volume of water injected under the skin is smaller (not all the anaesthetic solution is injected at once), so the limbs are less swollen and more easily “sculptable” by the surgeon.

Thanks to the flowing water jets and adjustable speeds of the WAL technique and the rapid injections followed by suctioning, the duration of the operation is greatly reduced and its progress is more controlled. The anaesthetics and other products present in the injected liquids do not have time to penetrate deeply into the patient’s circulatory system because they are very quickly aspirated, which reduces the risks of discomfort and nausea.

The severity and frequency of oedema, bruising and swelling are also reduced with the WAL liposuction technique: this is why th Dr Nicolas Zwillinger advocates WAL liposuction in the treatment of lipedema.