Doppler ultrasound essentials before and after lipedema surgery 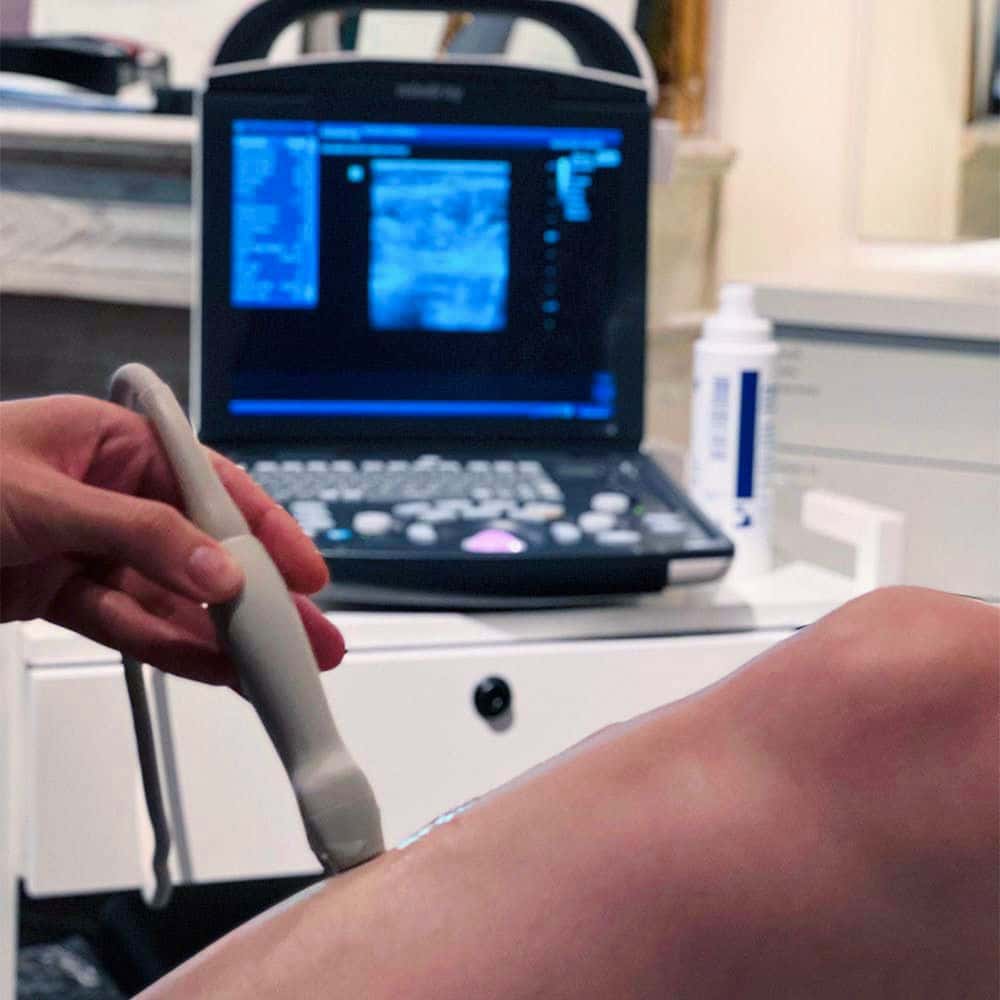 Patients suffering from lipoedema generally consult an angiologist as a first step. Indeed, the symptoms felt may suggest a vascular problem: pain, heaviness, bruising, sometimes spontaneous… A Doppler ultrasound of the lower limbs is then generally performed.

Some angiologists with knowledge of this condition may be able to make the diagnosis but this is not always the case. A ultrasound can show superficial or deep, bilateral or unilateral vascular insufficiency associated with (or not with) lipedema. As this disease is still not well known in France, even by health professionals, not all angiologists can diagnose lipedema. In this case, we invite you to make an appointment with Dr Nicolas Zwillinger.

People affected by lipoedema do not necessarily have vascular disorders.

What is a Doppler ultrasound of the lower limbs?

Venous ultrasound of the lower limbs is a medical imaging technique using ultrasound. During this examination, a probe is placed on your lower limbs following the application of a water-based gel. A light pressure is then exerted on certain areas in order to study the direction and movement of the blood flow.

The venous Doppler ultrasound is painless and harmless to the body, so it can be performed at any age and repeated as often as necessary.

This exam lasts on average thirty minutes. The practitioner begins the appointment by asking you about your medical history, current treatments and symptoms. Then the examination itself begins. The health professional will then give you his observations and a report which should be given to us at the time of the first consultation with Dr Nicolas Zwillinger or afterwards if this examination is carried out later. We invite you to consult our interview with Dr Michèle Cazaubon, an angiologist practicing in Paris and campaigning for a better knowledge of lipedema by health professionals.

Dr. Nicolas Zwillinger recommends a ultrasound the year before a WAL liposuction procedure. In some patients, the so-called “diseased” fat compresses the vascular system and can lead to venous insufficiency or varicosities. The results of this preoperative examination will allow us to follow the evolution of your vascular network following the surgical treatment of lipedema.

A prescription for a Doppler ultrasound will be given to you on the day of your operation, and should be carried out approximately 15 days after the operation. Indeed, following WAL liposuction of the lower limbs, the only treatment for lipedema to date, walking will be reduced due to the significant oedema. Faced with this reduction in walking, the risk of phlebitis is increased. It is therefore important to control this risk by carrying out this examination of the vascular system.

Where to perform this examination of the vascular network?

A venous Doppler ultrasound can be performed by a vascular doctor: angiologist, vascular surgeon or radiologist. You can therefore make an appointment in an angiology or vascular surgery practice as well as in a medical imaging center.

Even if the Doppler ultrasound does not allow the diagnosis of lipedema, it nevertheless allows you to obtain a better visibility of your venous network that may be impacted by this pathology that is too little known in France, #jesuis11%. It is also a necessary exam for a good follow-up after WAL liposuction surgery of the lower limbs.